I’d been on a suitcase kick and I wanted to try a trunk. As it happened, there was one waiting for me at a thrift store! I decided on a fantasy excursion to the birthplace of the Beatles. 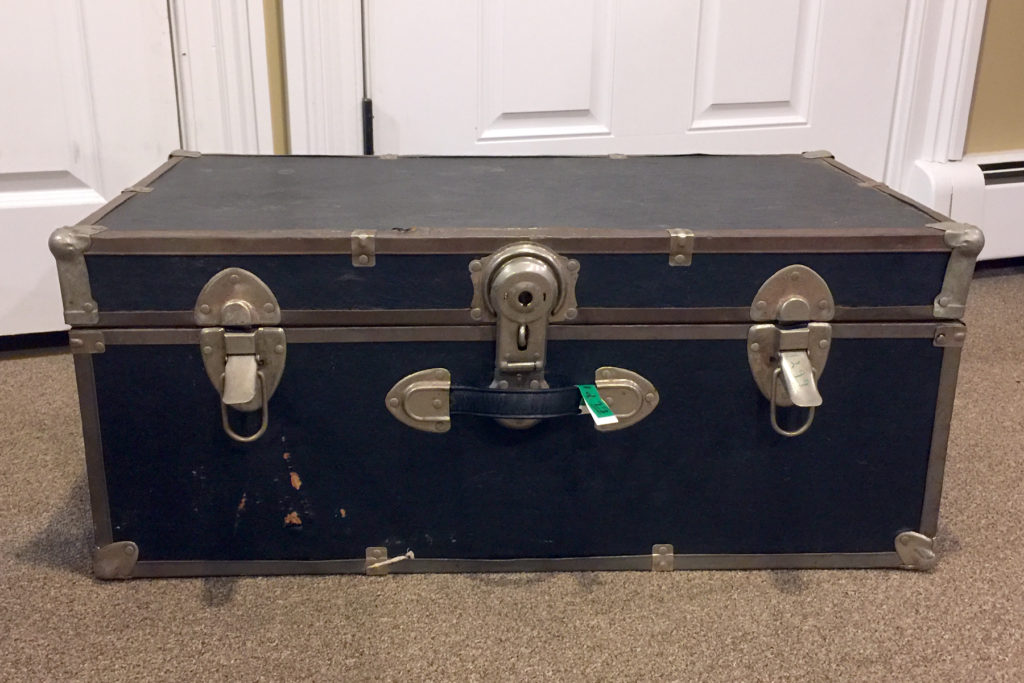 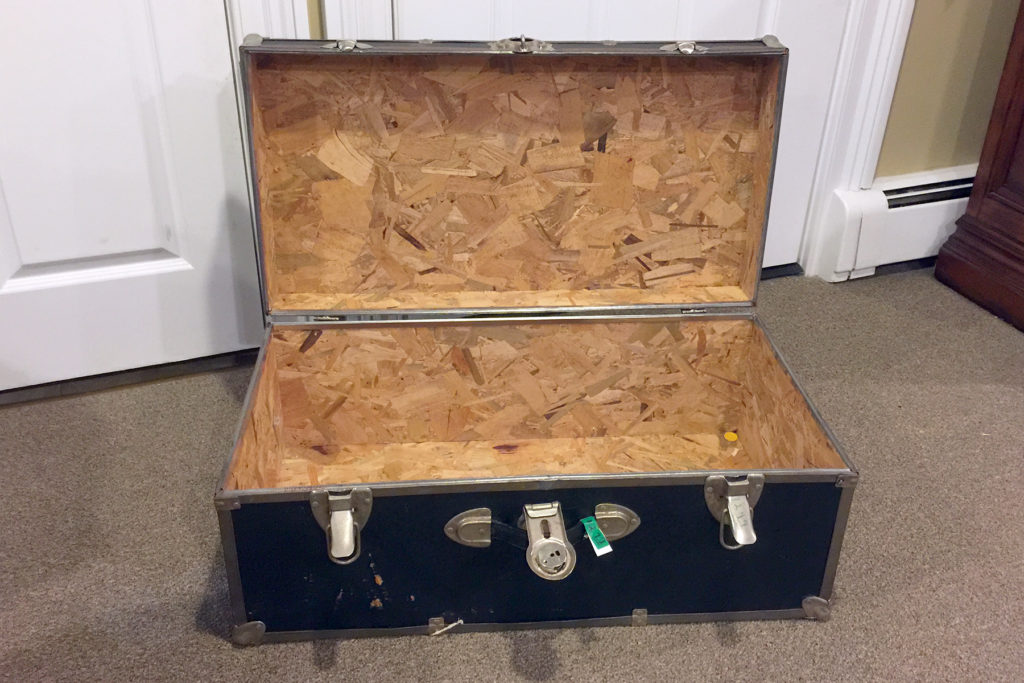 I gave the whole trunk a light sanding and filled in some nicks with spackle.

I used a foam brush to apply black gel stain to the trim and hardware, and while I was at it, I went ahead and coated the whole exterior. Gel stain doesn’t cover metal completely. It leaves a bit of a distressed finished that I like. The trick always, when using gel stain, is to give it plenty of time to dry. 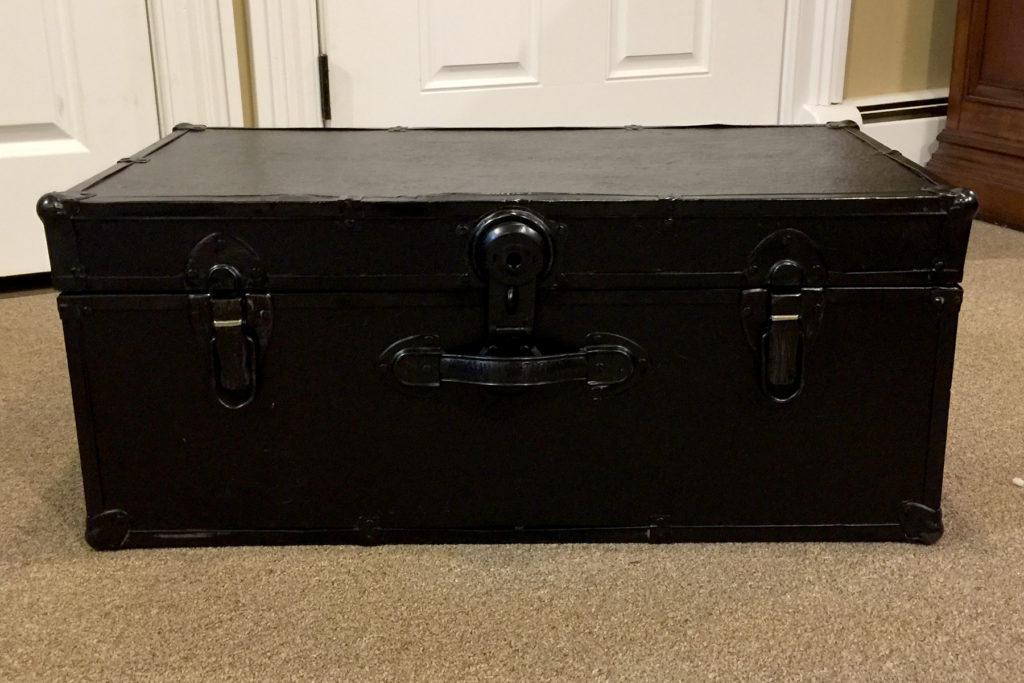 On Pinterest, I found a guide to painting the Union Jack. 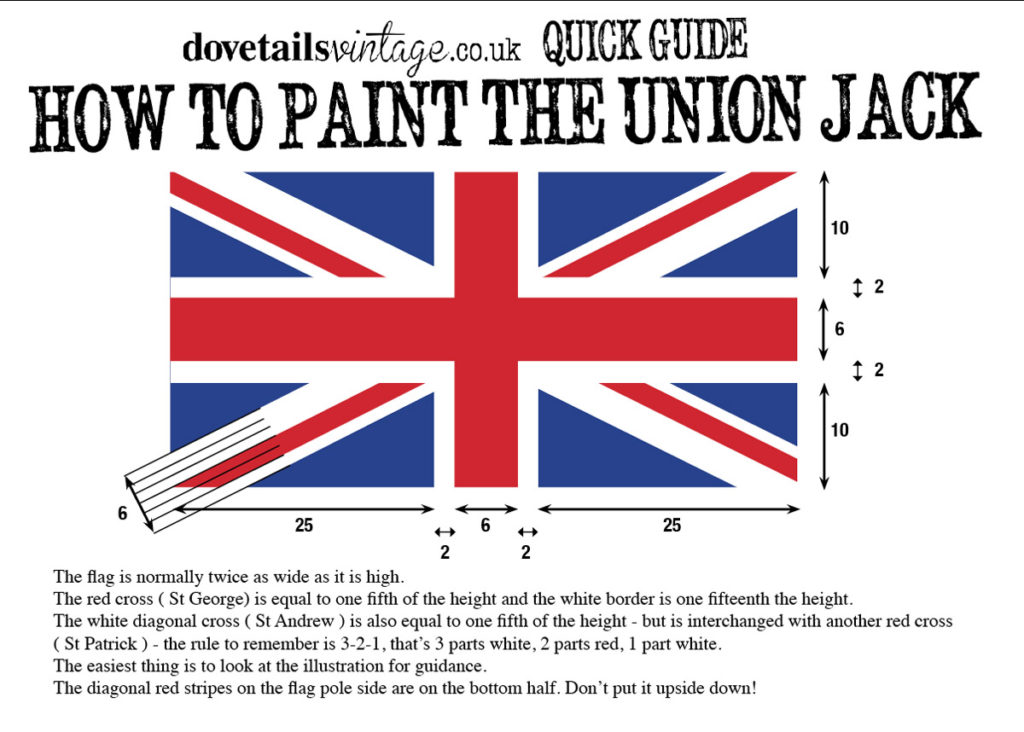 To prevent painting over my treated trim and hardware, I had to tape it. I used an exacto knife to trim the tape so that the tape only covered the metal. This had to be done in two steps: once for the lid, and then again for the base.

I started with a coat of Annie Sloan Napoleonic Blue on the lid. For the red and white stripes, I chose Emperor’s Silk and Old Ochre. 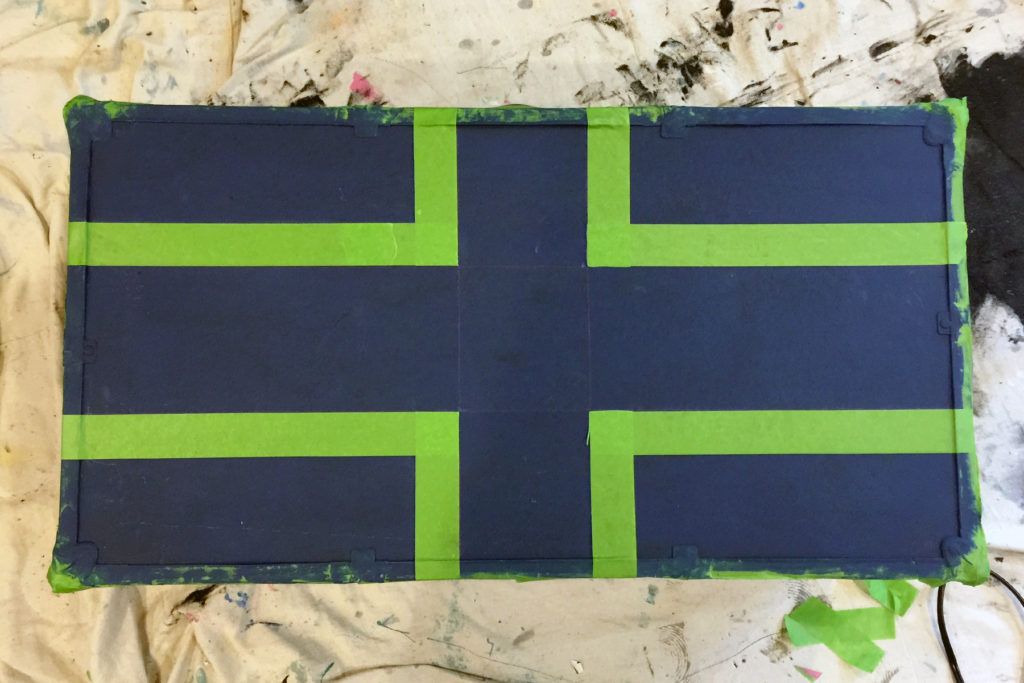 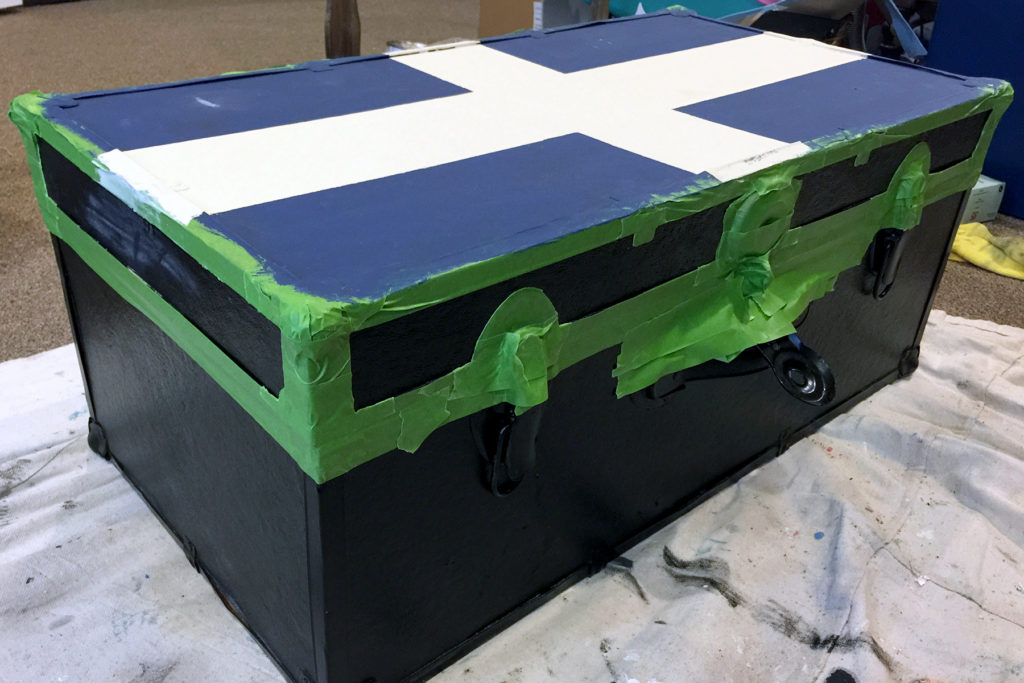 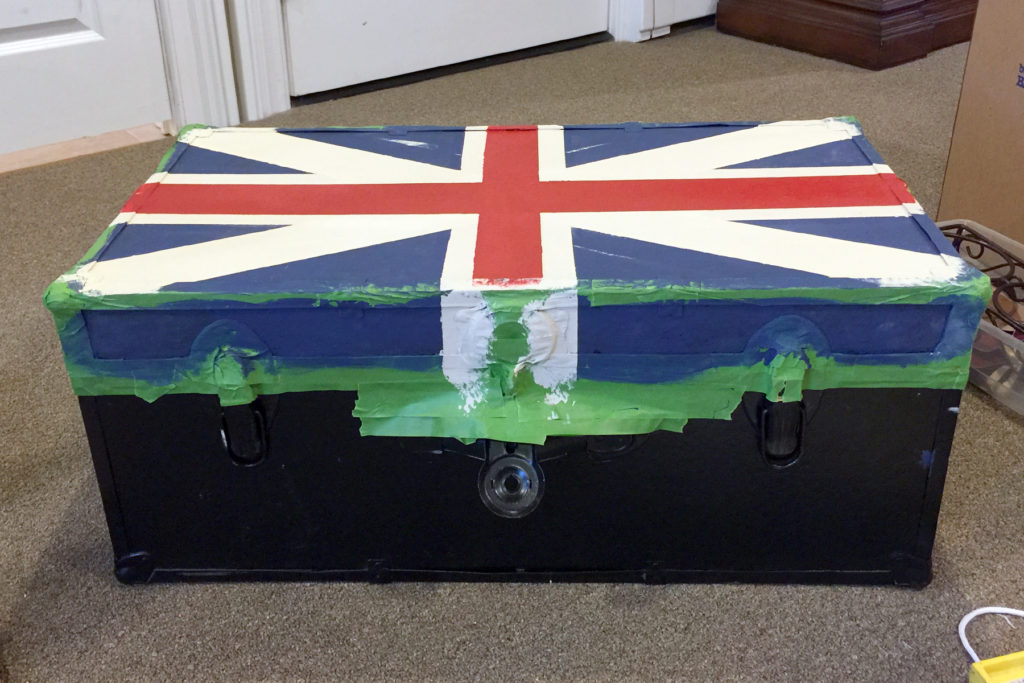 It sure was easier pulling the tape off the trim than it had been applying it. And that was just for the lid. I still had to tape up the trim before I painted the base! 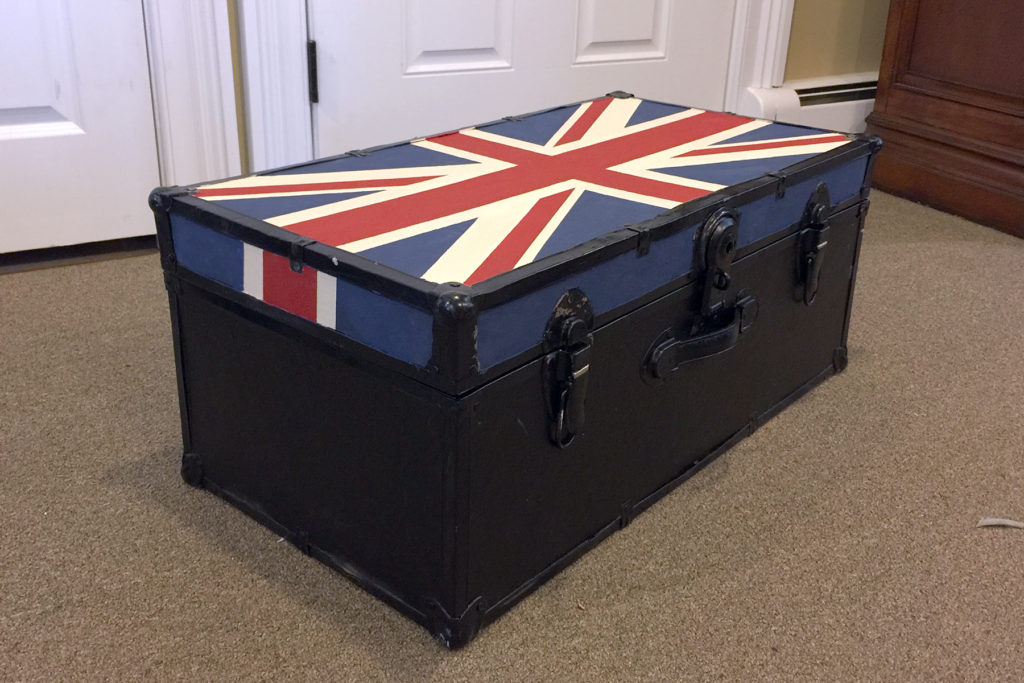 When the trim on the base had been taped, I continued the stripes down the front, back and sides, even painting the front handle. 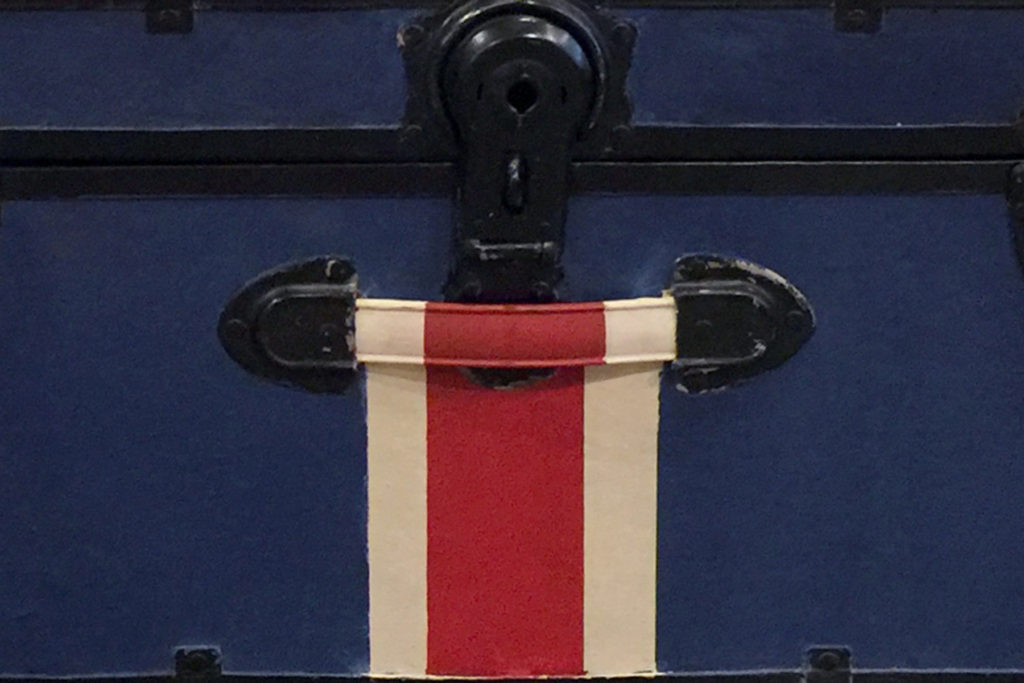 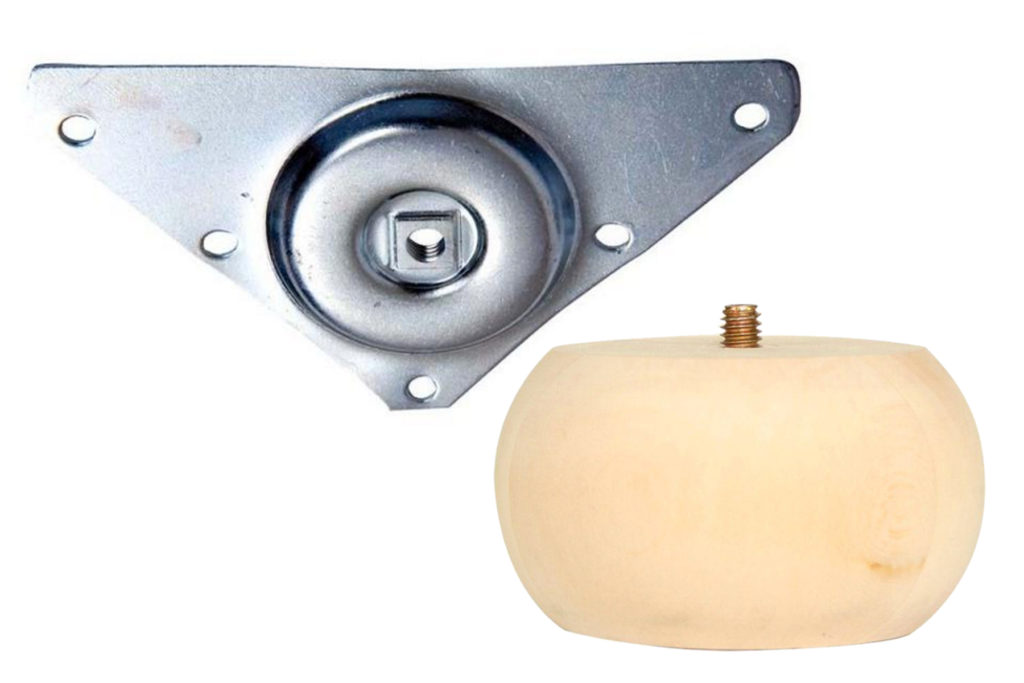 Since the wood bottom of the trunk wasn’t thick enough to hold the mounting plates, I cut triangles of scrap wood and glued them to the corners with wood glue. (The paint cans pressed the wood together while the glue dried.) 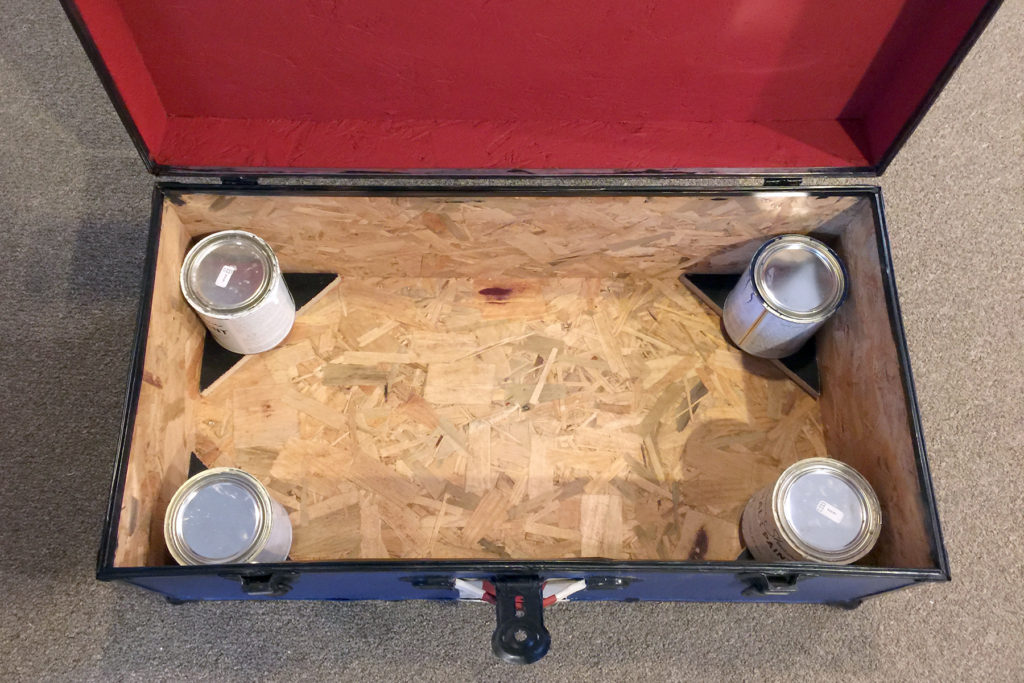 From the bottom, I screwed the mounting plates into the trunk and through the wood triangles glued inside the bottom. 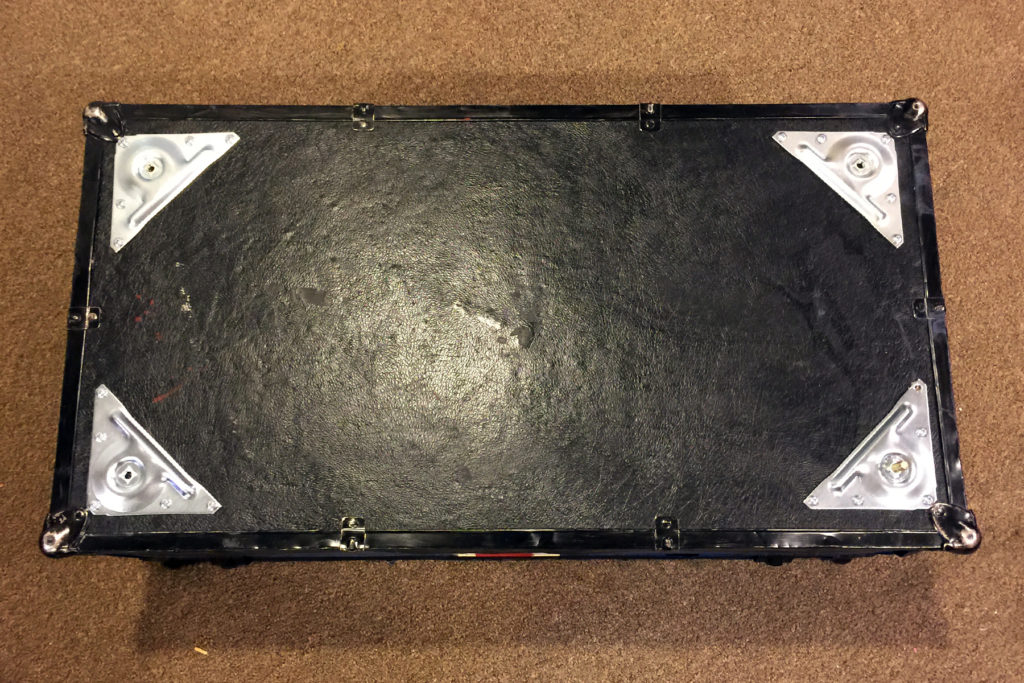 I gave the bun feet two coats of Emperor’s silk and screwed them into the plates. 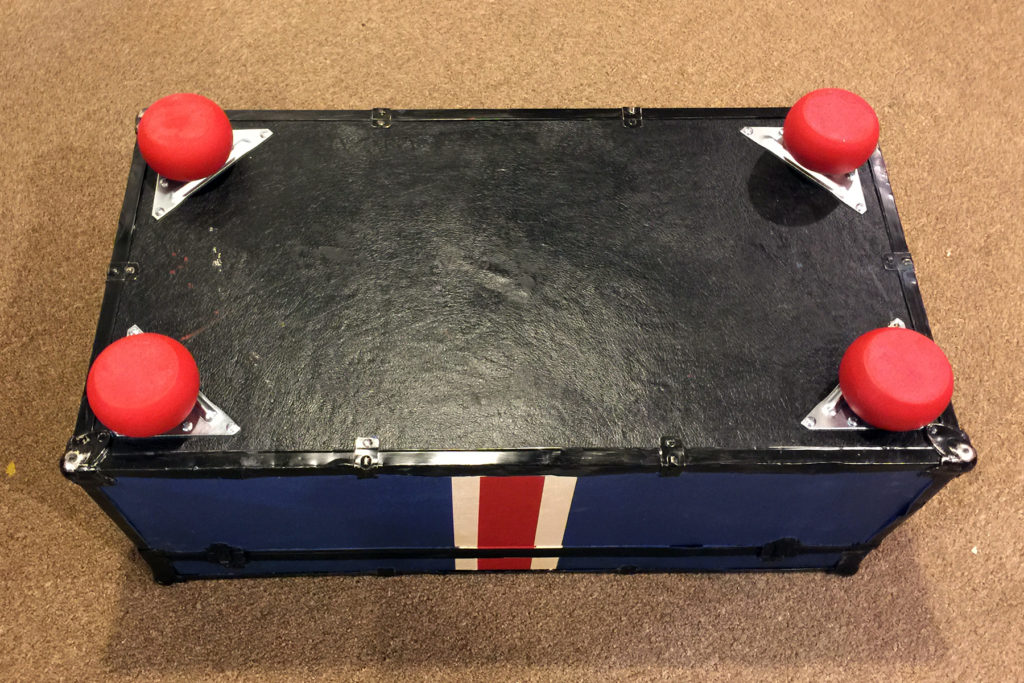 I coated all of the painted surfaces on the outside with clear wax. The Emperor’s Silk on the interior pressboard didn’t need a sealer.

Closed, the trunk is a fun coffee table or linen chest.

Open, it’s a display and storage piece for an entryway or mudroom. Either way, it’s a treat for anyone who loves Great Britain or the Beatles! 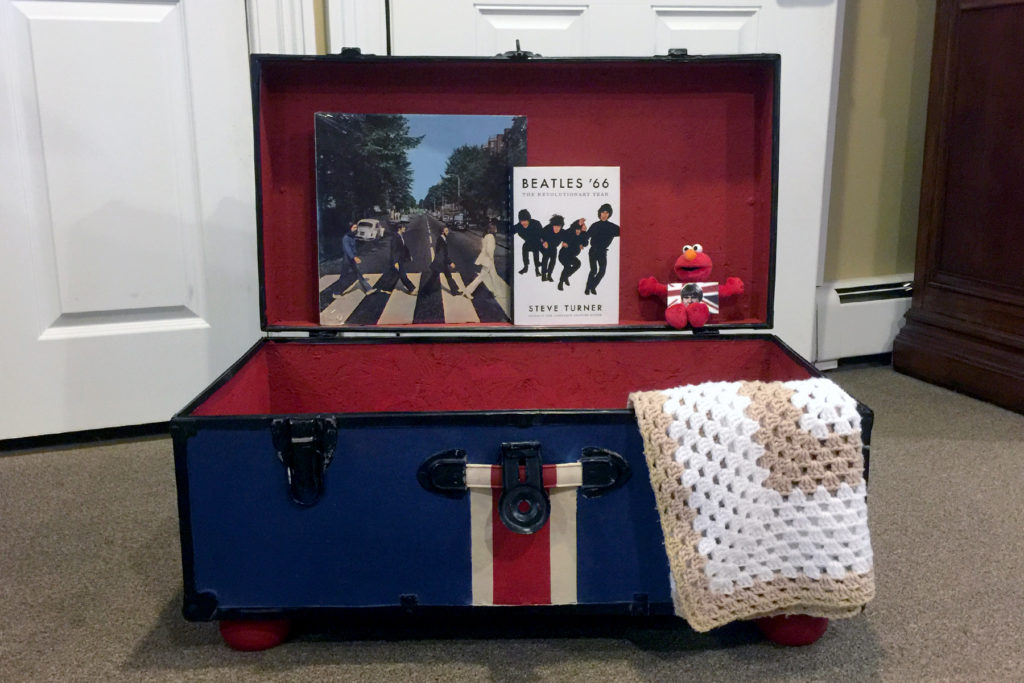 From New York to London, “With Love From Me to You.”