My King Charles Cavalier didn’t seem impressed with the royal treatment the middle child of this nesting table family received in If at First You Don’t Succeed, so I decided to dress the eldest for a coronation. 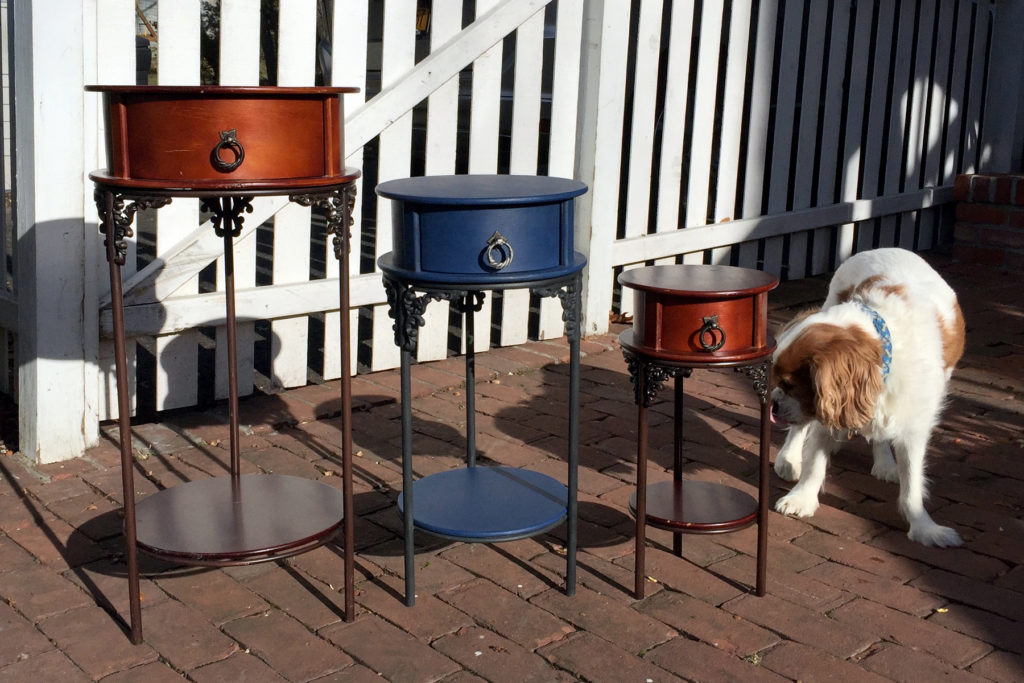 It looked as if King Midas had come for tea. 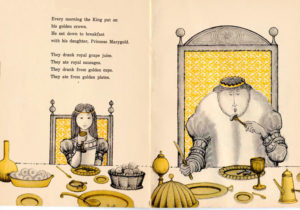 King Midas and the Golden Touch by Al Perkins, Pictures by Haig and Regina Shekerjian, Scholastic, 1973

To tone down the gold, I experimented with a wash of Annie Sloan Old White. The paint beaded on the glossy surface and I let it dry like that. It was an interesting effect but still left too much of a Midas touch.

Out came the Black Gel Stain. I applied it to the surfaces as if it were paint. Gel stain is oil-based and thick. I doesn’t behave exactly like paint but if you’re patient and let it cure between coats (in this case, two days), it leaves a rich and solid finish. It’s blacker than Annie Sloan’s Graphite chalk paint and it doesn’t need wax or varnish.

I learned from A Cup of Joe to Go to wear gloves and use a foam brush. 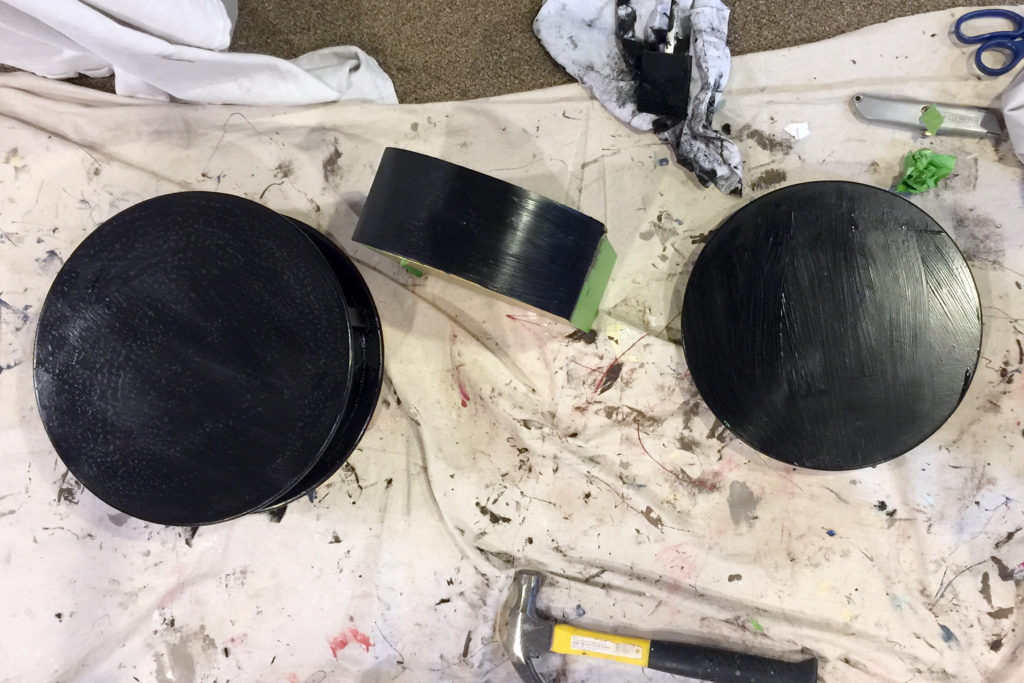 I wouldn’t take all the gold away from this rich little table. The metal base and pull, as well as the inside of the drawer, stayed golden. 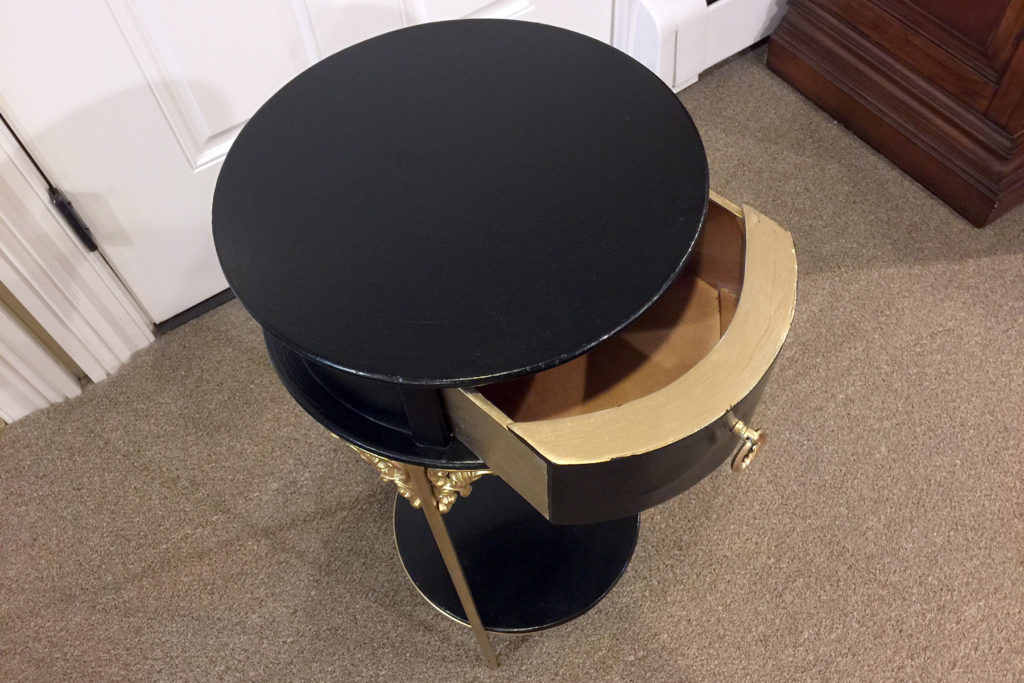 The random raised pattern left by the beaded white wash gave this little prince some depth. 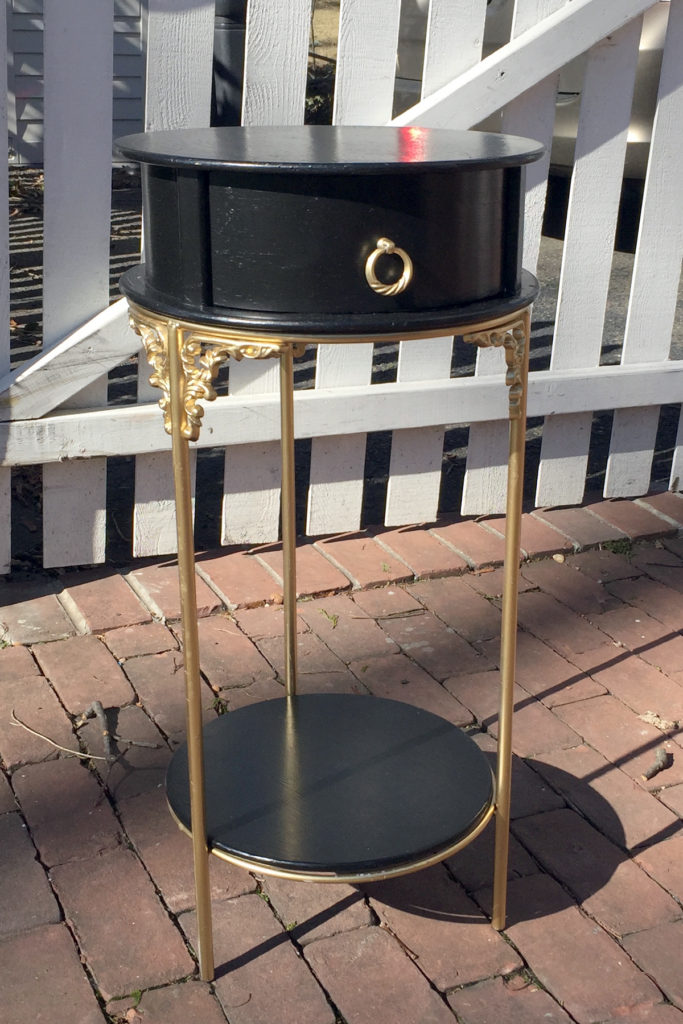