I wanted to give special gifts to two different people, separated by miles and styles. My “city” friend lived in a small apartment and my “country” friend would be bringing his gift home on a plane. Their gifts had to be small and portable. 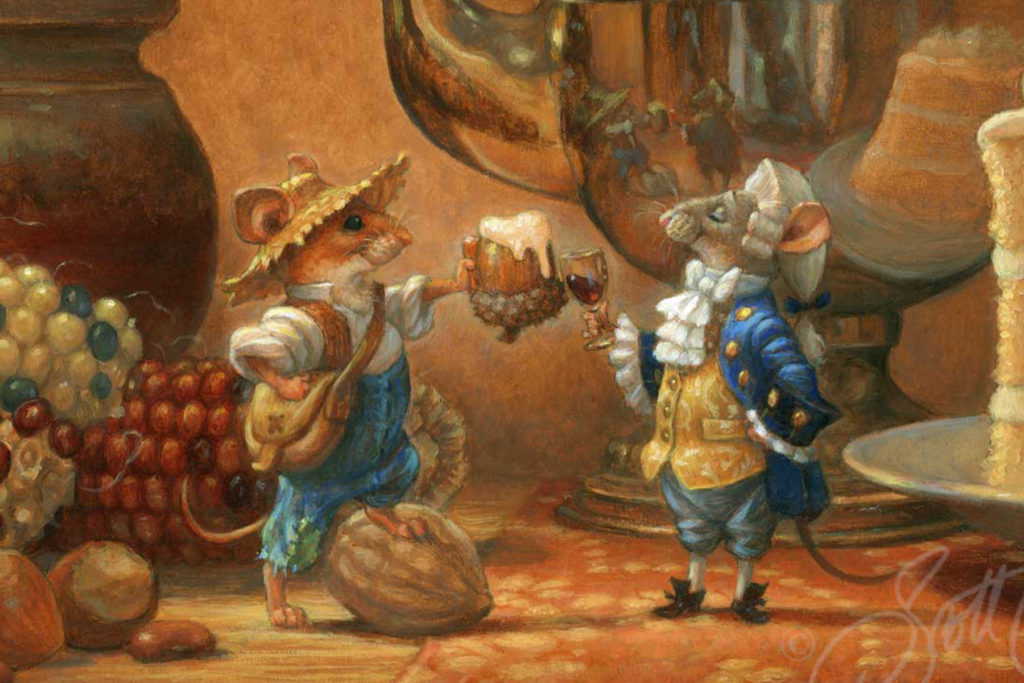 Detail, The Country Mouse and the City Mouse by Scott Gustafson

For my human friends, I started with $20 flat-packed wooden trees from Crate & Barrel. 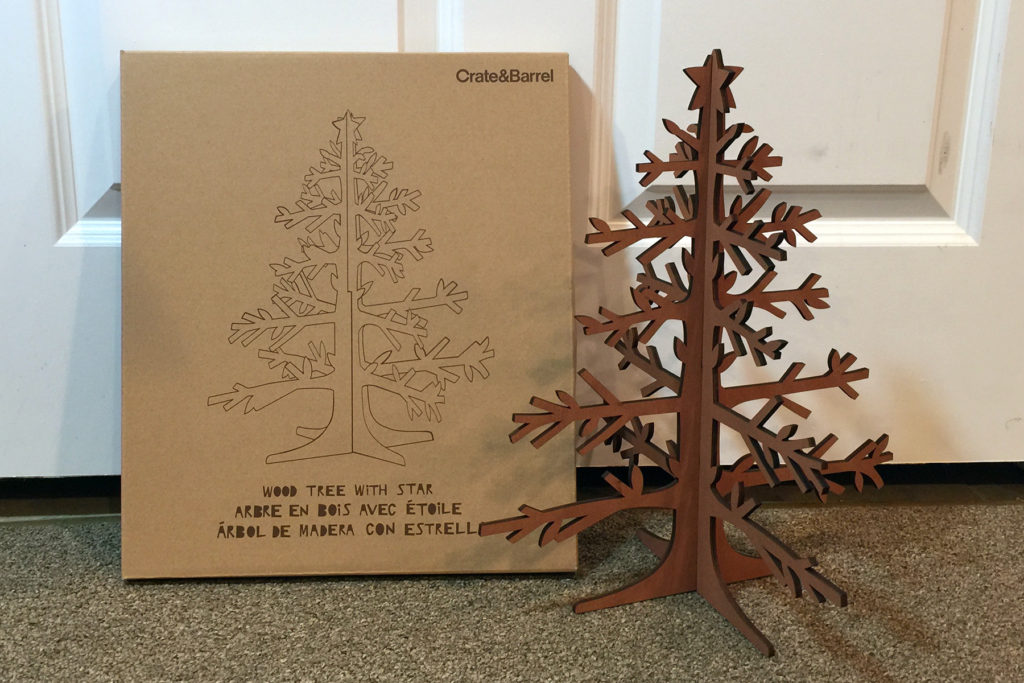 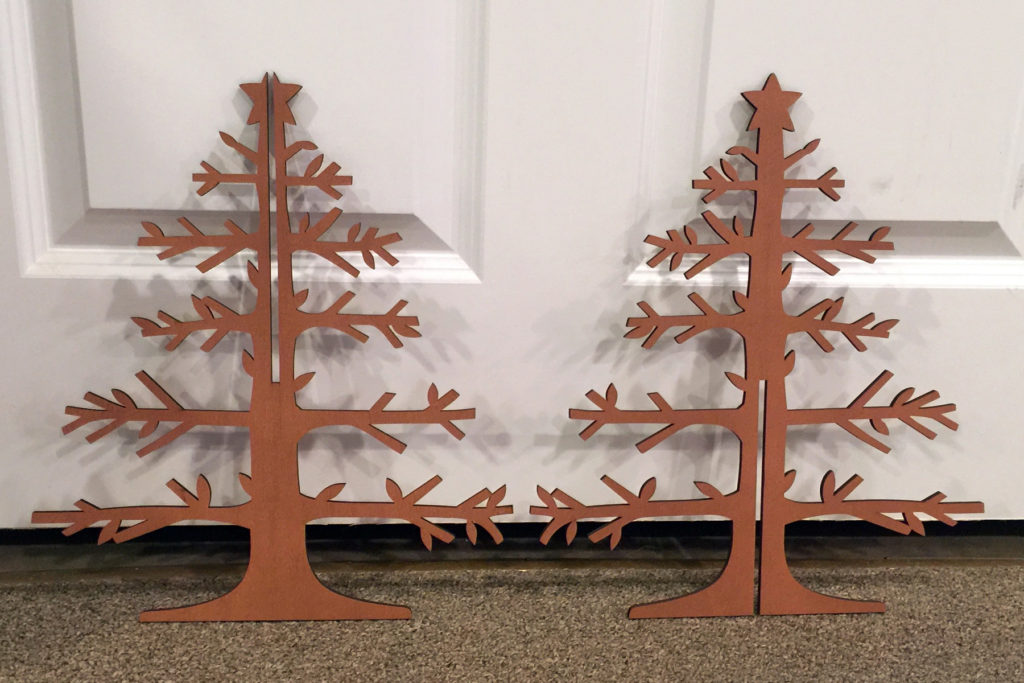 This project required very little paint, and I used the paint I already had.

For my country friend, I painted the branches with Annie Sloan Amsterdam Green. 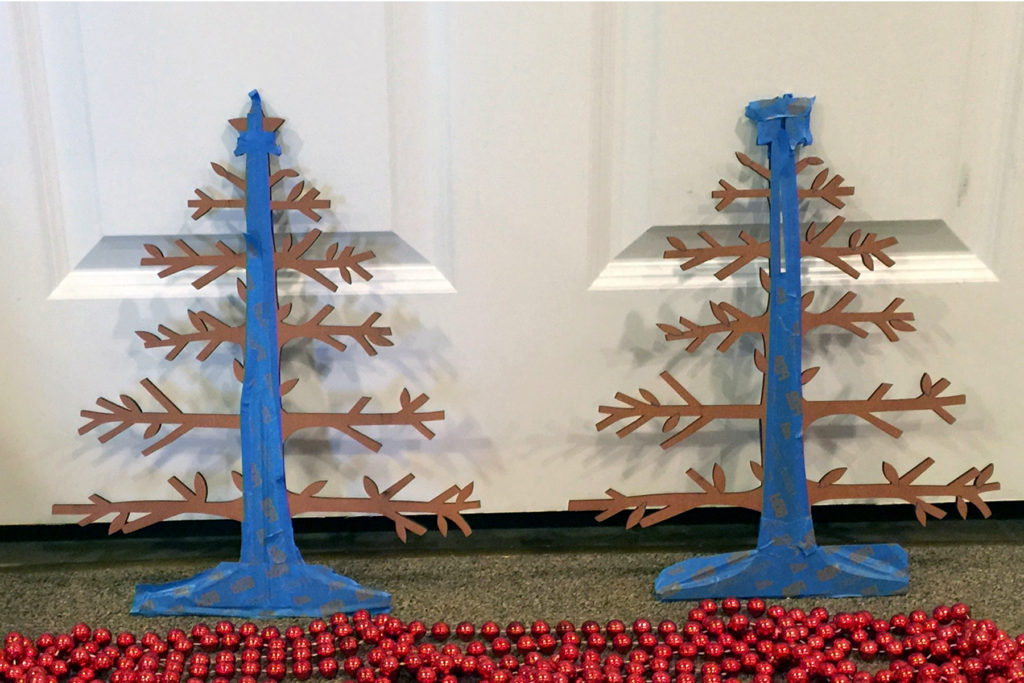 I brightened it by painting the little leaves with Antibes Green and the star with Emperor’s Silk. (I forgot to take a picture with the red star). 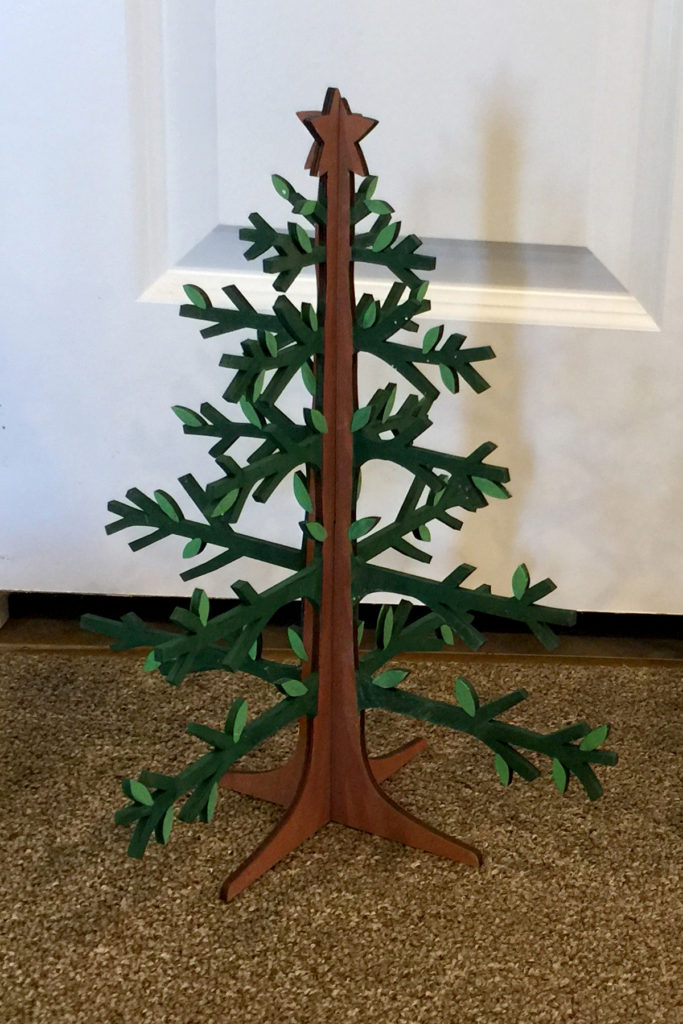 I loved the look on my husband’s face when I asked him to pick up a bottle of white nail polish. Time to polish my nails? Nope. Time to make some snow.

Nail polish on the branches was fun because it created raised, shiny snow on this country tree’s branches.

For my city friend, it was modern all the way. First, Pure White, then a repeat of Emperor’s Silk on the star, and sprayed all over with silver glitter. 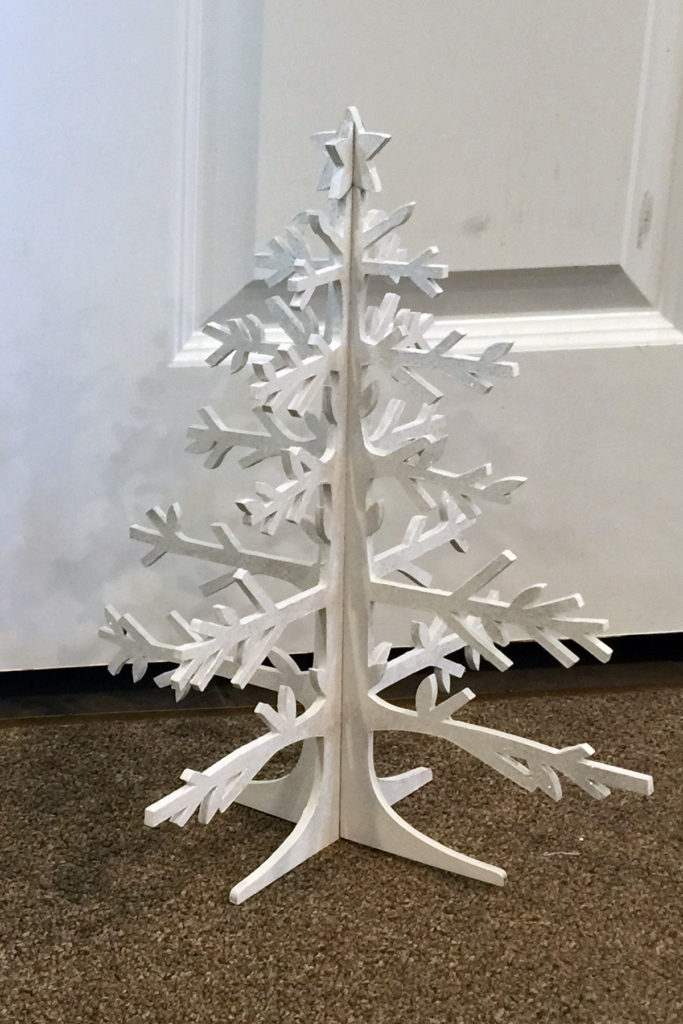 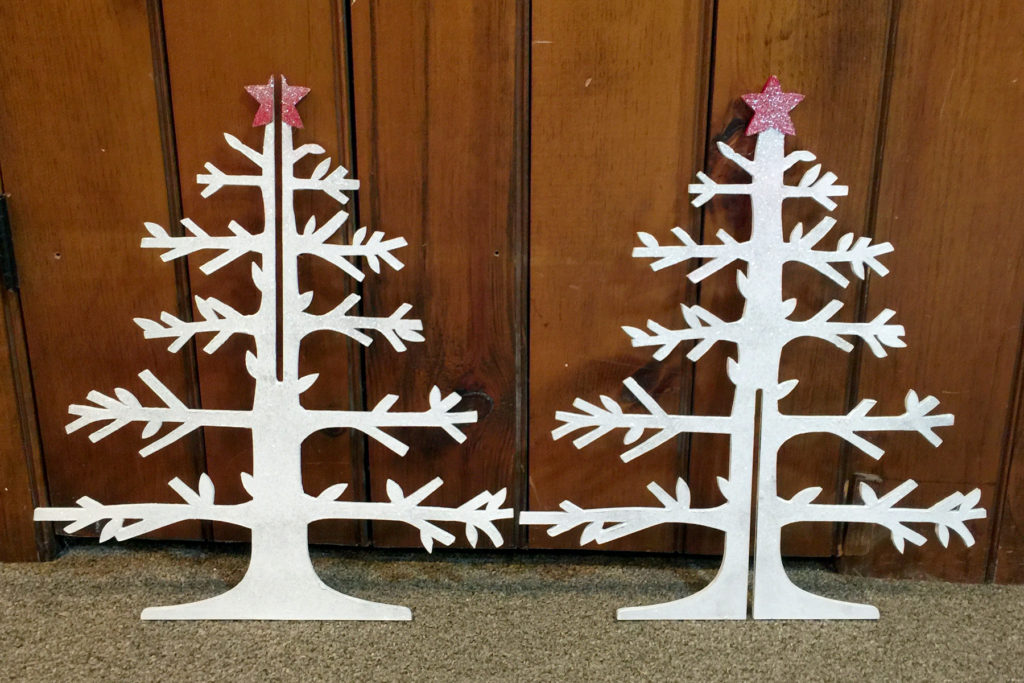 I cut some beads from of a red garland (it’s shown in a couple of the previous pictures) and stuck them to the branches with tacky glue. 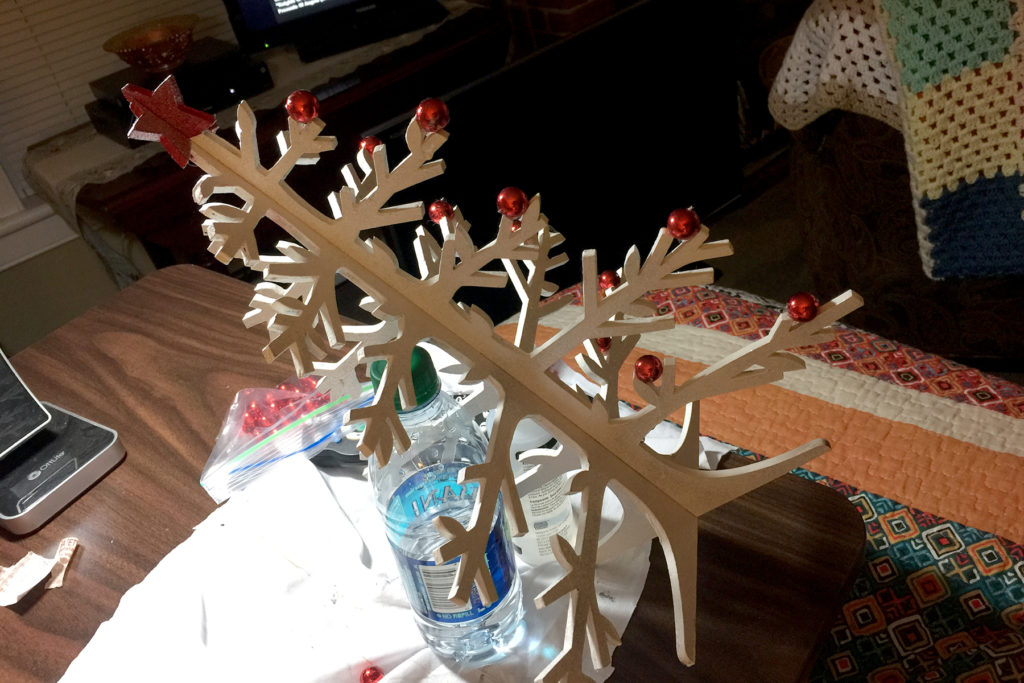 It was quite a balancing act to keep those beads in position while the glue dried. I had to play go fetch more than a few times when those red balls rolled out of reach. Much much better to use a hot glue gun.

Aesop’s fables always ended with a moral. The moral of this story is that style, like beauty, is in the eye of the beholder. 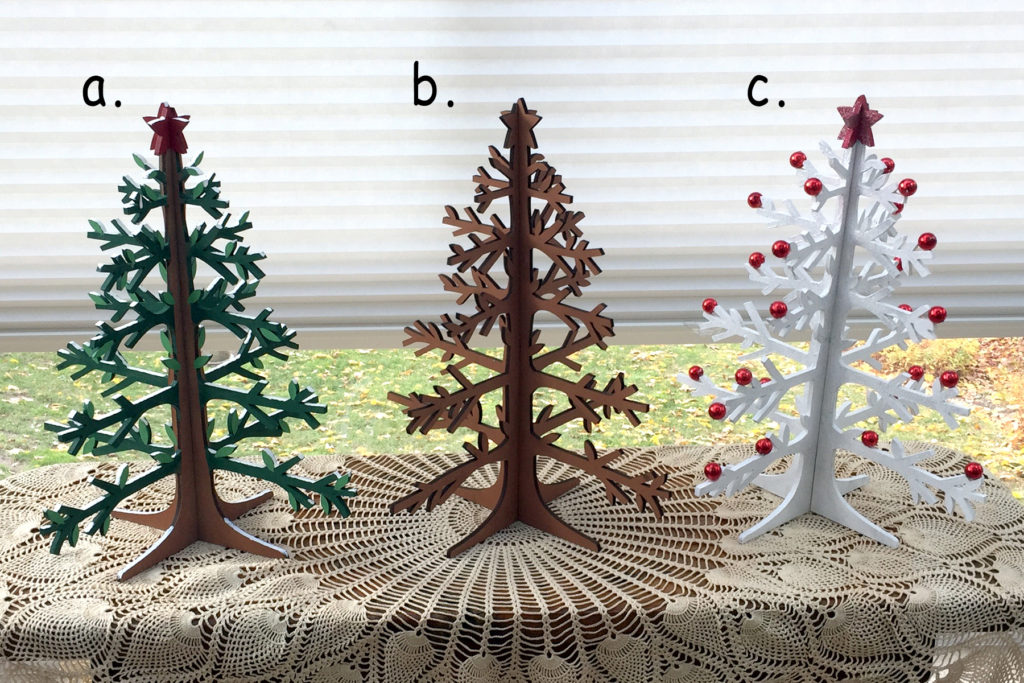 Which one would you choose?